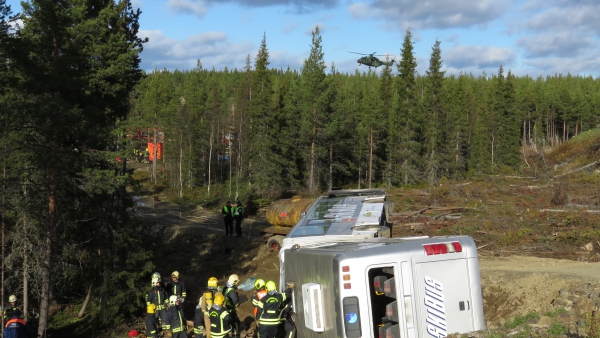 An international rescue exercise were held in Kittilä, Finland from 28 September to 2 October 2015 between the four countries in the Barents Region – Finland, Norway, Sweden and Russia. The exercise, hosted by Finland, was based on a scenario where the resources of the Lapland Rescue Department and other rescue services in northern Finland are not sufficient to deal with the situation in the region but assistance has to be requested from the neighbouring countries. The exercise scenarios involved a series of heavy rainfalls in Kittilä and a simultaneous mine accident. Flooding and the raising water level caused serious damage to the road system in the region, leaving some areas without land connections and hindering food supply and power distribution.

The Crisis Management Centre (CMC Finland) and the Ministry of the Interior Department for Rescue Services organised in collaboration with Team Finland and Human Security Finland exhibition with displayed of products, equipment and tools used in prevention, emergency preparedness and response.